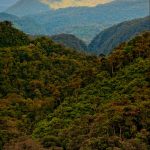 Puerto Maldonado, Peru, Jun 3 (EFE).- The towering, slow-growing, reddish-barked shihuahuaco, a giant tree found in the Peruvian Amazon, is on the verge of extinction from indiscriminate logging and high international demand for its hard, dense wood.

In Peru alone, estimates are that an average of 504 of these trees are being felled daily and that 80 percent of that activity is occurring in Madre de Dios, a rainforest-clad southeastern department that is regarded as the country’s biodiversity capital.

Tatiana Espinosa, a forestry engineer and director of the Arbio organization, which since 2010 has sought to protect more than 900 hectares (3.5 square miles) of Amazon rainforest in Madre de Dios’ Las Piedras River basin, provided those figures to Efe. 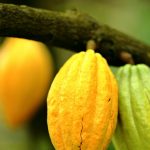 Peru is the world’s ninth largest cocoa producer (roughly 71,175 tons/year) and the world’s largest organic cocoa producers, and it is now on a mission to develop a deforestation-free supply chain by 2025, making it ready for new European market regulations.

The deforestation of large swaths of the Peruvian Amazon not only deserves attention due to its environmental ramifications, according to the non-governmental organization Proetica. A study by that organization found that more than half of the environmental crime proceedings launched in the Andean nation between 2009 and 2021 corresponded to crimes against forests or forest formations, illegal trafficking of timber forest products and illegal mining. It also noted that these types of crimes have risen by nearly 50 percent since 2020. 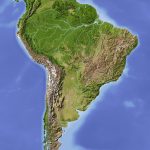 Demand for wood from ipê trees in the Amazon Basin could lead to their extinction if better international trade regulations aren’t implemented soon, according to a new report from Forest Trends. Ipê hardwood is in high demand in the luxury timber market, especially for outdoor boardwalks, decks and furniture, as well as hardwood floors. 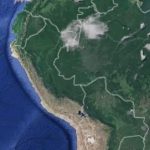 Drug trafficking, illegal mining, and illegal logging in Latin America not only fuel violence, but also destroy the environment.

“There was record destruction of the Amazon in 2020, as the rainforest loss an area around the size of Belize, and the situation looks even bleaker in 2021,” Insight Crime, an organization that studies organized crime in Latin America, said in a December 2021 report. 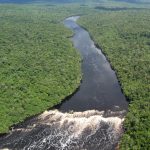 The Forest Stewardship Council (FSC) labels are present on hundreds of forest products we consume daily, which claim to be legal in origin and sustainable. But their audit systems certifying their customers have shown flaws around the world, even in Latin America, where companies investigated for timber trafficking and exporting timber of illegal origin show their green label. Vices and problems of a control system traversed by millionaire interests. One of OjoPúblico journalistic teams investigates the issue in the Amazon and in Europe.

Standoff in a pandemic: Land grabbing versus protection of the Peruvian Amazon

Interventions designed to monitor and report environmental crimes (such as illegal logging and trafficking in protected species) are being undermined by shortcomings in the Peruvian state.

Communities affected by land grabbing face major challenges when reporting to authorities such as the police, attorney general, the ombudsman, or forest authorities. Reporting has become even tougher during the Covid pandemic.

A Peruvian governor is accused of playing a lead role in a timber trafficking network that involved Chinese logging businesses – in a case that provides further evidence of the growing involvement of Chinese actors in Peru’s illicit timber market.

Six years after investigators in Peru took down a massive timber trafficking operation that shipped millions of dollars’ worth of illegal hardwood, more than 90 people have been indicted and a US importer has been forced to pay restitution.

This has been a small victory in the battle against illegal logging in Peru’s Amazon, but one unlikely to be repeated in a climate of increasing impunity. 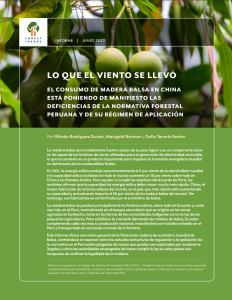 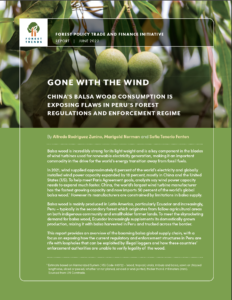 Gone With the Wind
Global demand for balsa wood has skyrocketed over the last several years, driven by rising demand for renewable wind energy as the world attempts to transition away from fossil fuels. Soft and lightweight, balsa wood is one of the preferred core materials for wind turbine blades. The volumes of balsa now traded on international markets […] 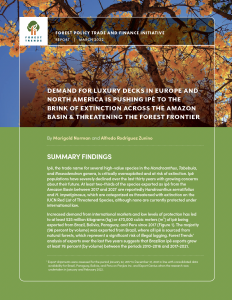 Demand for Luxury Decks in Europe and North America is Pushing Ipê to the Brink of Extinction Across the Amazon Basin and Threatening the Forest Frontier
“Ipê,” the trade name for several high-value species in the Handroanthus, Tabebuia, and Roseodendron genera, is critically overexploited and at risk of extinction. Predominantly used in exterior decking and flooring, 85% of the demand for ipê comes from American, Canadian, and European markets. Over the last 30 years, ipê populations have severely declined, with at[…] 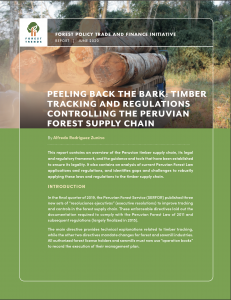