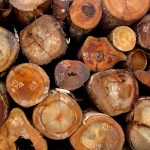 A recent report by European Investigative Collaborations (EIC), a transnational investigative journalism project, claims that the Wagner Group, a Russian paramilitary group with close links to the regime of Vladimir Putin and active in the Ukraine war, is engaged in the forestry business in the Central African Republic (CAR).

The report Bois Rouge was conducted in collaboration with All Eyes on Wagner, an open-source investigative project by French NGO OpenFacto that tracks Wagner’s global influence.

Wagner, which is reputed to be run by Yevgeny Prigozhin, a Russian oligarch and close confidante of Russian President Vladimir Putin, has long been reported to offer private security services to African partners – among them the CAR, Mali, and Sudan – in return for exclusive rights to gold and diamond mining in strategic areas.

However, All Eyes on Wagner says that Wagner’s interests also extend to the forestry trade in the CAR. 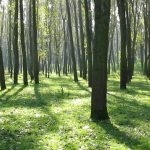 Timber chiefs have warned that imports of the material from Russia or Belarus could now be deemed illegal in the UK. The Timber Trade Federation (TTF) told its members that purchases from suppliers in the ostracised nations could fall foul of regulations initially coming into force nine years ago in part to tackle illegal logging abroad. 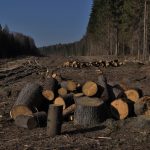 FSC and PEFC have barred wood and timber from Russia and Belarus from their certified products, as a host of other industry suppliers go public with their stance against Russia’s war in Ukraine. 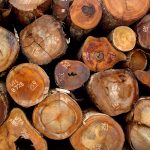 Deforestation accounts for at least 15% of all greenhouse gas emissions.

Illegal deforestation, done too quickly for forests to regrow naturally, still takes place in Europe, especially in Eastern European countries. Products manufactured from illegally logged wood have made their way on the market in the UK.

Ikea is likely to have sold children’s furniture for years made from wood linked to illegal logging in Russia, where rampant tree-cutting threatens forests crucial for the planet’s climate, according to a new report by a nonprofit environmental group.

An investigation reveals evidence linking the Wagner group, a group of Russian mercenaries, with a timber concession in the Central African Republic 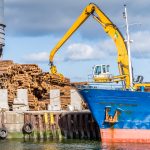 How Russian timber bypasses U.S. sanctions by way of Vietnam 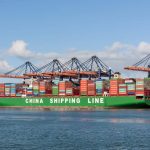 “It has been nearly six months since Russia’s awful invasion of Ukraine, with few signs the conflict is going to abate anytime soon.

Though grain exports began to leave Ukraine this week for the first time since the war began, international sanctions on Russia remain very much in place.

Along with maritime sanctions and restrictions on Russian payments, the most significant sanction for our industry is the Russian timber import ban.