Our team recently wrapped up Peru’s first Gender Equality and Water Security Forum, where the country’s leading authorities on water, sanitation, environment, and agriculture came together to act on the gender gap in water and land management. 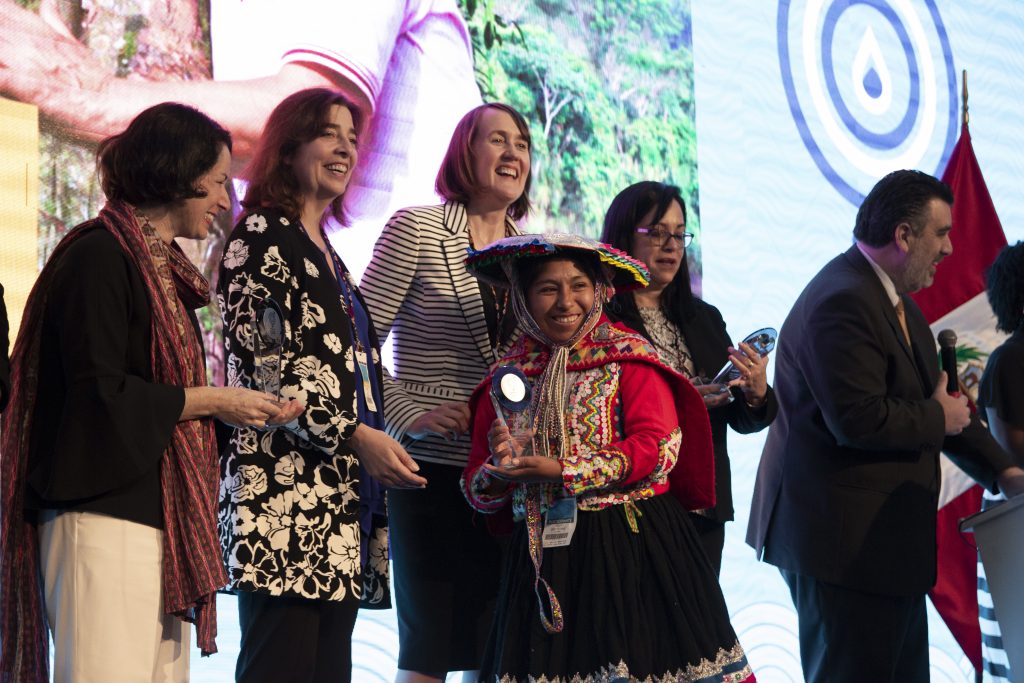 Together, Peruvian leaders recognized that equitable access among men and women to land rights, water rights, and decisions on water resources is not only a matter of justice but also a necessary condition for water security – and they began to get to work.

Forest Trends has worked with governments, local communities, civil society, and the private sector for nearly two decades to design and scale strategies that value the forests, wetlands, and grasslands that provide critical services for society. In our Natural Infrastructure for Water Security (NIWS) Project in Peru, we partnered with USAID and the Canadian government to build a coalition for natural infrastructure that also explicitly works to strengthen women’s role in these strategies, from local projects to national policies.

As Canadian Ambassador to Peru and Bolivia, Gwyneth Kutz put it at the Forum, “It would not be possible to achieve the success of the NIWS project if it does not include women and a gender perspective that provides a framework of equality and justice.”

Peru is one of the world’s most vulnerable countries to the impacts of climate change, and this vulnerability will largely be felt through water: longer, more frequent droughts and more intense flash flooding are just a couple of ways that climate change is expected to exacerbate natural climate variability. 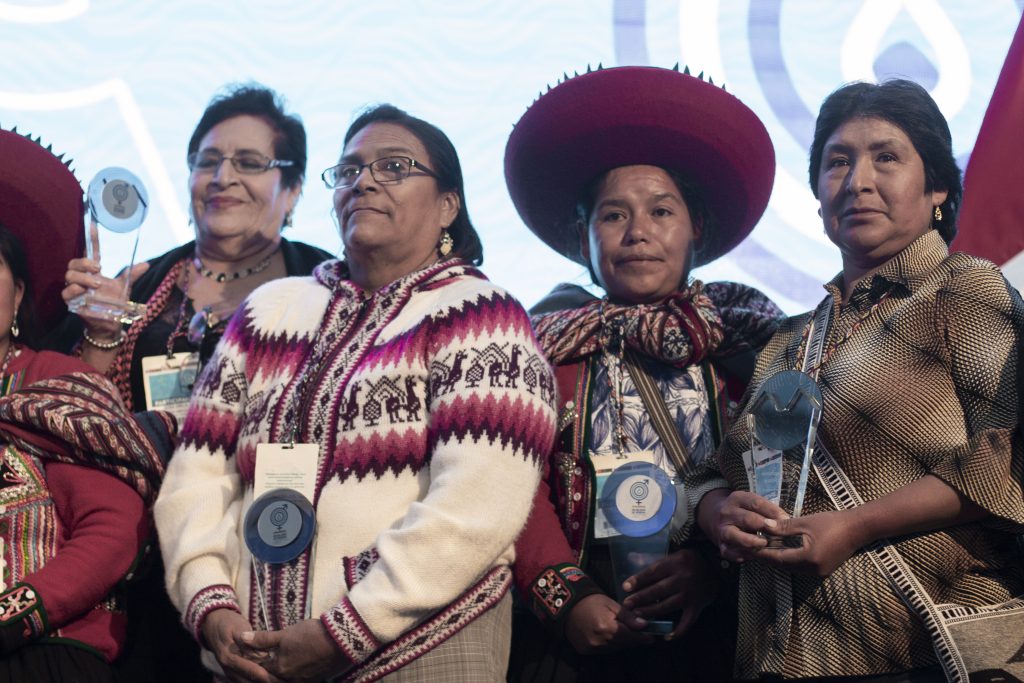 Women and men are both exposed to these increasing water risks, but in different ways.

As USAID Administrator for Environment and Economic Growth Laura Schulz noted in the Forum’s opening plenary, “Women often bear primary responsibility for providing drinking water to their families, conducting water-related household chores, and taking care of others suffering from waterborne diseases. This keeps girls from school and women from work. It puts them at risk of injury when carrying heavy loads. Poorly managed infrastructure and water utilities exacerbate these challenges at the household level.”

Women and men also have different information to contribute, as knowledge and roles are often passed on from mothers to daughters and fathers to sons.

In rural communities in Peru where natural infrastructure strategies are implemented, this might mean that women might know better which local species are indicators of compacted soils, or how indigenous technologies for water supply interact with local springs. (For more on the use of indigenous technologies like Lima’s amunas, take a look at this article co-authored by NIWS team members, published this month in Nature Sustainability).

An unequal, and unsustainable, status quo

At the Forum, Peruvian leaders examined the gender gap in water governance, natural infrastructure management, and public services for water and sanitation – and the numbers were astonishing. 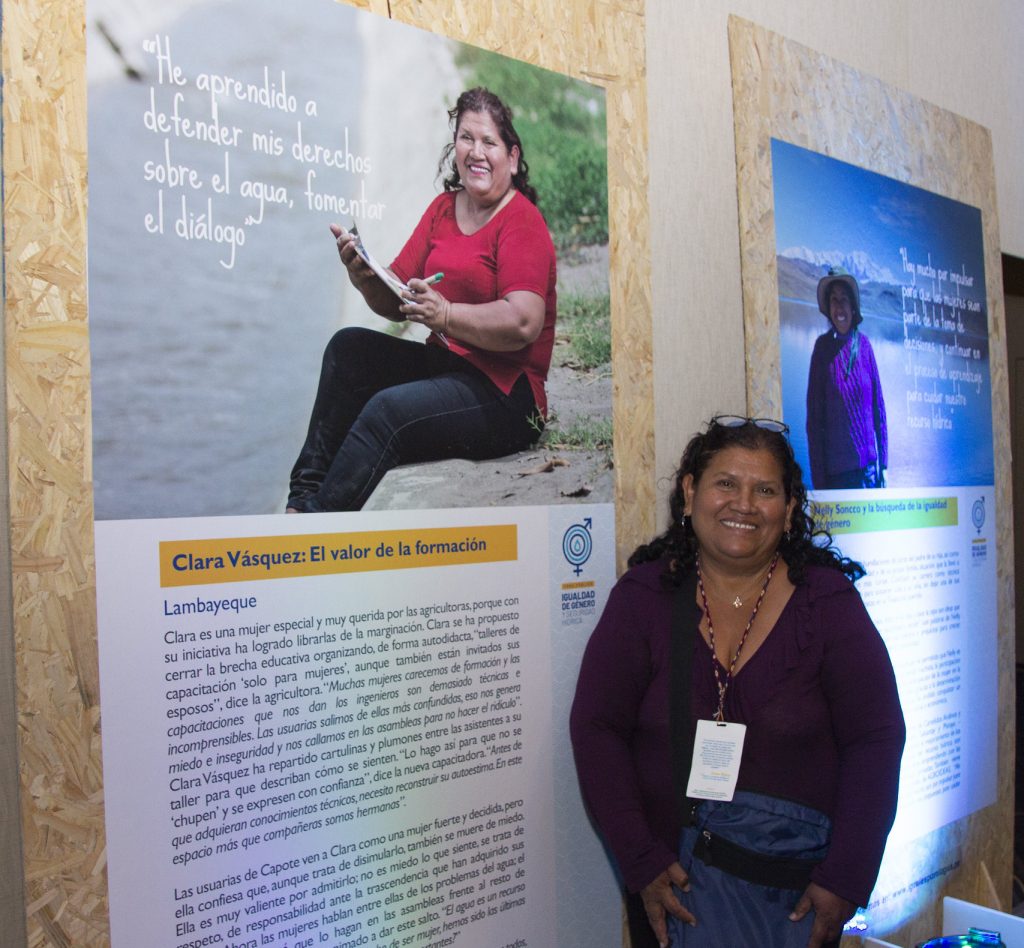 Clara Vásquez: The Value of Capacity-Building


Born in the town of Capote in the Lambayeque region of Peru, Clara Vásquez Santisteban, has spent most of her life farming 15 acres of rice, fruit trees and staple crops. Water is very important to her livelihood. But until she began participating in trainings supported by USAID and the Government of Canada, she never felt she could have a voice in how water was managed in her region.
Vásquez is now the President of the Capote Water Users Commission and conducts trainings around water resource management for women. She was amongst 20 Peruvian women celebrated at the Gender Equality and Water Security Forum.
“Water is a scarce resource and, in many occasions, because of being women, we have been the last to receive it and do not have a role in managing it,” Vásquez explained in a presentation about her local water user group. “Pollution and climate change are problems that are problems that affect us all. I ask myself: what planet do we want to leave our children?
“I used to be scared to talk about water at the Commission meetings, because I did not feel that I could understand the science or technology. The training programs and events like this one have given me the confidence that I need to participate in decision making for my watershed, and I hope to share this knowledge through trainings and exchanges with other women who want to work in the management of water.”

This gap in participation in decision-making is partly due to disparities in land ownership. Holding water rights and participating in water user groups are directly contingent upon owning land, but women hold only 22% of agricultural land titles in Peru. Of course, this disparity in resource ownership also has important consequences for employment and wealth generation opportunities.

Despite these stark figures, Peruvian women have been breaking the mold to contribute to sustainable water resources management for decades, and at the Forum we were able to recognize some of those trailblazers from more than a dozen regions across Peru.

Inspiring action to close the gap

Peru’s National Action Plan on Gender and Climate Change, approved following the COP20 of the UNFCCC hosted in Lima in 2014, was a trailblazing effort at the time. Nevertheless, the persistent gender gaps highlighted in the Forum reflect, in part, the unfortunate fact that the Plan has largely remained unimplemented.

By drawing attention and inspiring renewed commitment to working across sectors towards gender equality, the Forum secured specific commitments from the Peruvian government to take up the actions laid out in the Plan’s chapter on water resources.

For our part, Forest Trends committed to documenting traditional knowledge held by women and men on natural infrastructure for water management in Peru, working with SUNASS and ANA to mainstream gender across those institutions.  With the launch of a Leadership Program for Women in Natural Infrastructure we support emerging women leaders to reach the next level of leadership in local communities, water utilities, government, and academia. 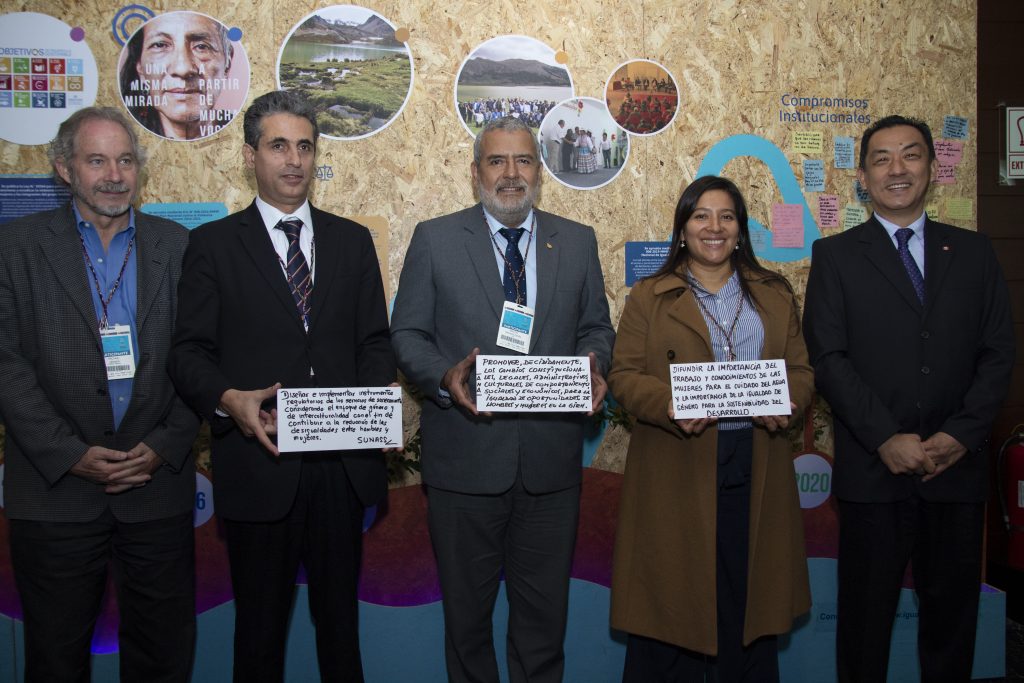 Beyond those actions, several institutions took the opportunity in the Forum to go further and commit to more to ensure women’s voices are empowered and included in water governance in Peru.

SUNASS, Peru’s water utility regulator, committed to mainstreaming gender across the institution’s rules and processes, including requiring water utilities to explicitly consider gender in the design of payments for ecosystem programs funded by water utility tariffs. Ivan Lucich, SUNASS President, also committed to launch a campaign, starting with SUNASS staff, to promote more equitable sharing of domestic work between men and women, citing the “time poverty” borne by women as a result of gendered roles in the homes as one of the major barriers to increasing women’s participation in decision-making.

Peru’s National Water Authority committed to including gender in Peru’s National Water Resources Plan and to revise the regulations governing water user groups to assure greater opportunities for women’s participation. The Authority president, Walter Obando, promised to publish directives, guides, and communication resources, as well as to conduct trainings with the water managers in the country so that gender inclusion is successful.

Finally, Minister of Agriculture and Irrigation Fabiola Muñoz Dodero promoted her effort to create a Vice Ministry of Family Agriculture, further realizing her vision to shift the Ministry’s conception of who it serves from large producers to smallholders, who she noted represent 95% of agricultural producers in Peru. The proposed shift in vision and structure for the Ministry is especially important for offering support to women agricultural producers, whose plots tend to be smaller than those owned by men.

The Gender Equality and Water Security Forum took place on June 11-13 and was hosted by Peru’s Ministry of Women and Vulnerable Populations, Ministry of Environment, Ministry of Agriculture and Irrigation, National Water Authority, and National Superintendence of Sanitation Services (SUNASS). It was organized by Forest Trends as part of our Natural Infrastructure for Water Security Project, which is implemented in consortium with CONDESAN, the Peruvian Society for Environmental Law (SPDA), EcoDecision, and researchers from Imperial College London. The event was financed and also co-organized by the United States Agency for International Development (USAID) and the Government of Canada.

This dispatch was made possible through support provided by the U.S. Agency for International Development and the Government of Canada. The opinions expressed herein are those of the author(s) and do not necessarily reflect the views of the U.S. Agency for International Development or the Government of Canada.