Coming into the Paris climate negotiations, Forest Trends and other conservation organizations were eager for the agreement to recognize the role that forests will need to play in solving the climate change crisis. Forest destruction is responsible for about 10% of all greenhouse gases emitted annually, and forest regrowth could store away up to 30% of all emissions, if forests are given space to flourish. Any serious attempt at laying out solutions for climate change must include forest conservation; without it, we don’t stand a chance of stabilizing global temperature rise.

Conserving forests not only buys human civilization a bit more time to transform and decarbonize our economies, but also supports a range of other environmental, social and economic objectives, including biodiversity preservation, watershed protection, and the safeguarding of indigenous peoples who have protected the forests they call home for millennia. For all of these reasons and more, protecting forests is no-brainer, and Forest Trends has been pushing for the Paris climate agreement to clearly recognize the role of forests to mitigate climate change, and ensure the new international climate regime includes strong forest protection policies.

Among all the countries of the world working together to hammer out the terms of a climate agreement, virtually no one opposes this goal. In fact, over the past decade of climate negotiations, forest conservation has been the darling of the climate negotiations, making more progress than any of the other issues debated. Even so, getting strong language on forest protection cemented into the text of the Paris agreement has not been easy.

The draft negotiating text that countries cobbled together last June in Bonn (Germany) was more than 80 pages long. It was basically a wish-list from every country, and everyone agreed the final agreement would need to be much more concise. When the co-chairs of the COP released their consolidated version of the text in October, explicit mentions of REDD+ (the UN term for reducing emissions through forest conservation) had mostly been dropped. While many countries and NGOs supportive of REDD+ argued that it was implicitly included, through language such as ‘net emissions and removals’ and ‘sinks and reservoirs’, Forest Trends pushed for explicit language to send a clear political signal that forest conservation will be a key component of mitigating climate change. 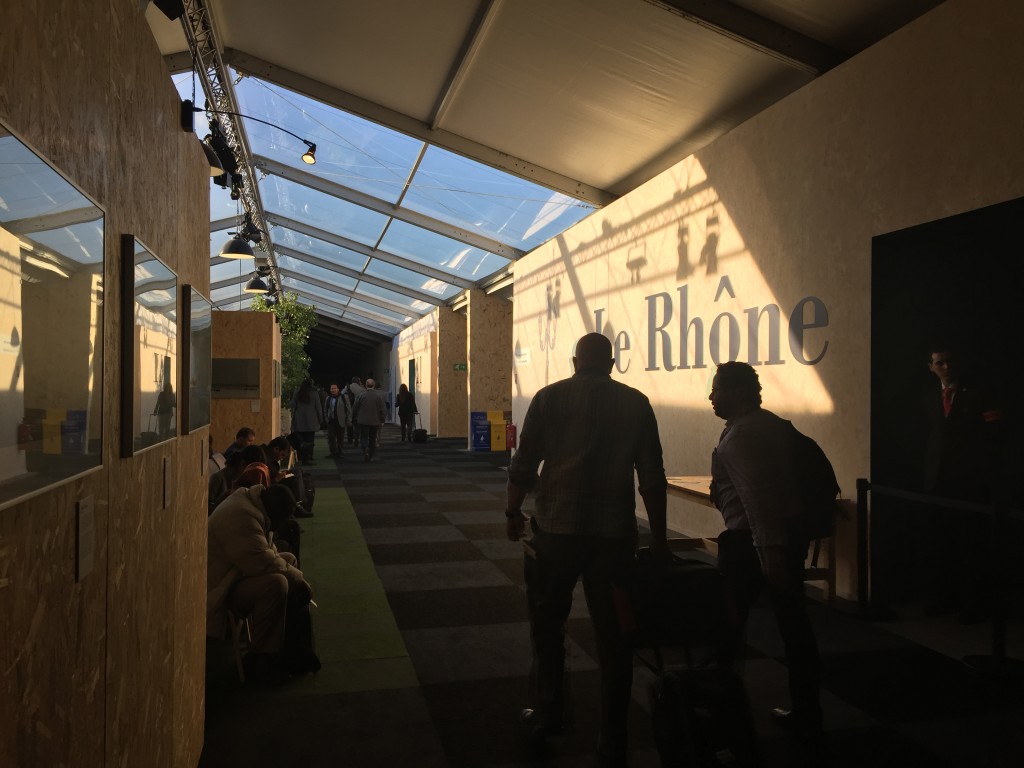 Some developing countries, especially those with the largest areas of tropical forest, have also been pushing for explicit REDD+ language in the agreement. These countries, organized under the umbrella of the Coalition for Rainforest Nations (CfRN), made a strong push in the lead up to Paris to revise the text to include explicit REDD+ language, and succeeded in getting REDD+ back on the agenda. The core disagreement since then has centered on finding language that all countries can agree on, and as of week two of the COP had devolved into disagreements over a single word—whether REDD+ should be referred to as a ‘framework’ or a ‘mechanism’.

The politics behind this delicate dance feature most developed countries not wanting to re-invent or open up for debate the past decade of decisions on REDD+, while rainforest nations want REDD+ language in the agreement to be as explicit as possible, to maximize their chances of receiving finance to support forest conservation in their countries.

The latest official draft negotiating text appears to have skirted this semantic scuffle, including REDD+ within the text of the core agreement, but rooting its identity in the original UNFCCC Convention signed in 1992 and subsequent COP decisions related to forests. Forest Trends supports this language, as it provides the strong political signal needed for REDD+ to be implemented now and for finance to continue to flow.

The findings of our most recent REDDX report tracking REDD+ finance in 13 countries show that of the $6 billion in REDD+ finance pledged globally since 2009 in the 13 countries, 90% has come from the public sector, and only 10% from the private sector. If global REDD+ finance is to reach the level of the estimated US$20 billion needed annually to reduce global deforestation by 50%, greater public and private sector investment will be needed. The most recent language of the draft Paris agreement text sends the strong signal needed to engage governments and the private sector in the important work of providing REDD+ finance to support and reward forest conservation in developing countries around the world.

As the negotiations come down to the wire in the coming hours, and countries work to make the difficult compromises needed to reach an ambitious agreement, Forest Trends and all forest protection advocates are hopeful the final agreement will preserve strong language to operationalize the REDD+ package in support of tropical forest conservation.