On Thursday morning, the UNFCCC injected a bit of excitement into an otherwise quiet mid-week at COP21 when it released the most recent draft of the negotiating text. The revised version (comprised of the overarching draft agreement and the accompanying decisions) looks a lot like its predecessor. From the perspective of forests, that’s really not a bad thing, since that earlier version already mentioned them in the mitigation and finance sections.

One of the primary objectives heading into the first week of the Paris climate talks was to shorten the text to a more manageable length and simplify it significantly. Negotiators have made modest headway toward meeting those goals with this new document, having shortened the text from 54 to 50 pages and reduced the number of alternatives “Options” (slightly tweaked paragraphs presented within a section) from 228 to 205. 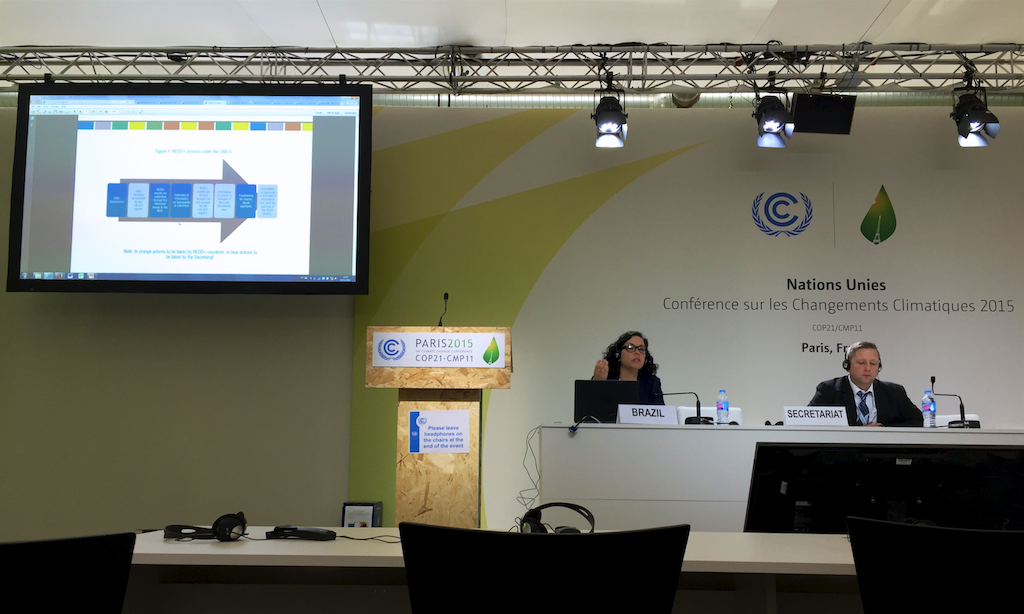 Thursday was a busy day, and most of the discussions were in what are called “informal informals”, which are informal negotiations by countries. Thursday night the ADP chairs were asked to update this morning’s text with input from discussions that took place in these informal informals, and they are expected to release a new text Friday morning. Our COP veteran, Gus Silva-Chávez, points out that it’s not inconceivable that negotiators will be working around the clock tonight to reach an adequate consensus.

For questions that seem to have reached an impasse by Saturday, it’s possible negotiators will simply pass the buck to the country ministers, who take the reins on Monday morning. But if they do so, they run the risk of piling too much on ministers’ plates and bogging down the final week of talks. Soon enough we’ll know which route they’ll choose. Friday morning we will share an analysis of how REDD+ and forest are included in the text.