Payments for Ecosystem Services: A Policy Idea Grows Up

Last month, Nature Sustainability published the first global assessment of payment for ecosystem services (PES) programs, led by James Salzman, UCLA Law and UC Santa Barbara Bren School professor as well as Forest Trends’ Ecosystem Marketplace. The study reveals that what was a policy idea a couple of decades ago has rapidly grown to large-scale schemes that involve businesses, governments, non-profits, and other users and during which every year about $36 billion are exchanged for activities that provide or ensure ecosystem services, such 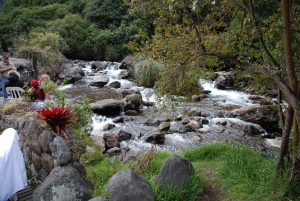 as carbon capture, water filtration, and biodiversity conservation.  In addition to the total value (US$) of PES programs, this new analysis, which is based on data from Forest Trends’ Ecosystem Marketplace, also tracks the total number, size, and geography of programs across three sectors – biodiversity, water, and forest carbon. It also analyzes several market types – voluntary, subsidy, and compliance – to determine what type of program has been growing the fastest.

One of the earliest – and probably best-known – cases illustrating the principle of “Payments for Ecosystem Services” is the one of New York City which, in the early 1990s, began paying for land management in the Catskills watershed to ensure safe drinking water for the city, avoiding the cost of building an expensive water treatment plant. More than a decade later, programs of this nature have multiplied and evolved, but heretofore, had not been studied and analyzed. This new study, therefore, offers some important insights that could shine the light for the way forward: