This month brought good news to advocates of forests and the legal trade in wood products. The announcement that Lumber Liquidators – the largest hardwood flooring retailer in the United States – and the U.S. Department of Justice (DoJ) reached a settlement related to violations of the Lacey Act is a major milestone. It marks the first time a major commercial operator has pleaded guilty to importing illegal wood products since the Act was amended to include timber species in 2008.

Today Lumber Liquidators appeared in a federal court hearing where a judge considered the details of their plea agreement. The company has admitted guilt with respect to imports of timber from Russia, China, and Myanmar into the U.S. The DoJ investigation that precipitated this hearing followed a report by the Environmental Investigation Agency (EIA), which detailed a wide range of illegalities and the fraudulent methods used by the company to conceal illegal trading. Shortly after the plea agreement was initially announced, headlines around the world focused on the financial penalties that will likely arise from the plea hearing – more than US$13 million.

But beyond the satisfying narrative of a corporate “bad apple” brought to justice, the case also represents a benchmark in new standards of behavior emerging in the forest sector. This is particularly true of Lumber Liquidators’ new Environmental Compliance Plan, a condition of their settlement. (The terms of the plan can be found below page 16 of the plea agreement, in the section entitled “Lacey Act Compliance Framework.”) 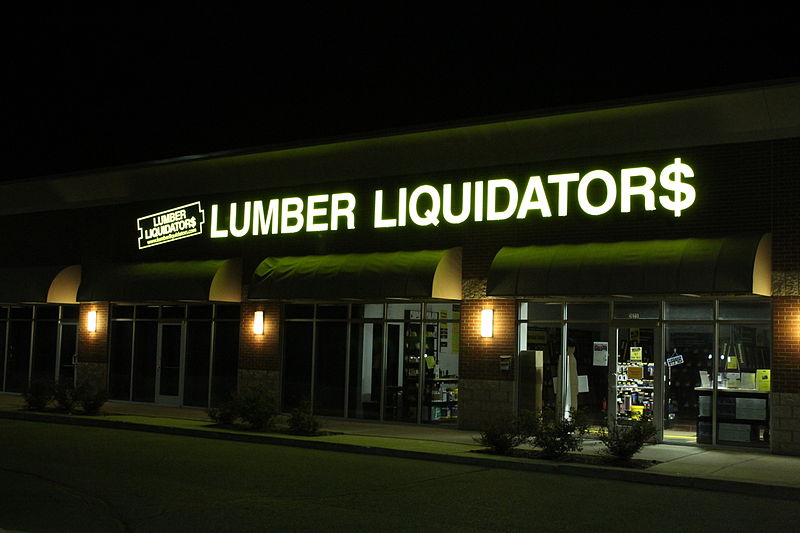 The amendment to the U.S. Lacey Act and its European counterpart, the EU Timber Regulation, aim in different ways to reduce markets for illegal wood and reassure U.S. and European consumers about the legality of the wood they buy. Europe’s strategy focuses primarily on a requirement that regulated companies have systems in place to assess and mitigate the risk of buying illegal wood. The U.S., meanwhile, prohibits trading in illegally harvested wood products, but the Lacey Act amendment lacks  specifics about exactly how companies ought to achieve “due care” in avoiding illegal sources.

In a highly globalized, relatively low-value sector, these new regulations have hit traders hard, particularly those buying tropical hardwoods. Companies are faced with the fundamental weakness of established business practices and government systems in many producer countries. With the implementation of these regulations, we’ve seen that the single-minded race for the cheapest source, “no questions asked,” was suddenly deemed reckless rather than rational.

But exactly how to judge “risk” and what is a reasonable level of “mitigation” remained unclear. Certification schemes stepped into the breach, offering services and products of varying credibility, but sources of certified hardwoods remained (and continue to remain) limited. The reality was that many were unwilling to pay the true cost of producing wood legally and sustainably when average market prices had long been depressed by the easy availability of illegal alternatives. It was increasingly clear that new mainstream ways of sourcing were needed if illegal wood from around the world was truly to be excluded from the U.S. and EU. However until now, companies have remained in limbo, unclear about exactly what was expected of them or why it made business sense to invest in the changes.

Marking an end to this uncertain period for the sector, the Lumber Liquidators plea agreement has the potential to be transformative. First, it is a signal that regulators are willing and able to use the full extent of their powers when companies are found to be acting illegally. What could be considered something of a “soft start” in the different regulated markets is nearing an end, and large companies and their investors are duly put on notice that robust board-level risk mitigation is no longer a matter of brand protection or an aspirational “green” extra — it is a prerequisite of trading in the sector.

Second, the detailed compliance plan negotiated between Lumber Liquidators and the U.S. government gives new insight into what enforcement officials increasingly expect from a company in terms of demonstrating a “reasonable” level of knowledge about their sources. The agreement includes a requirement that risk assessment should take into account a wide range of factors including country-level corruption ratings, specific regulatory requirements for all raw materials (e.g., logging or export bans), the potential for species substitution and, notably, relative market prices for any given product. It goes further, mandating an “in-person audit at the supplier’s place of business, completed by a member of the Lacey (compliance) team, third-party certification body, or third-party auditor with specialized industry expertise.” This should give serious cause for concern among the many agents operating in the sector, and those buying from them, particularly in high-risk countries.

As noted, under the terms of the plan, Lumber Liquidators’ compliance responsibilities rest with an officer who must report regularly to the board, so ignorance is no longer an acceptable excuse. And, critically, failure to implement the plan in its entirety within three months will require the company to stop all hardwood flooring imports to the U.S.

The US$13 million fine may have been what made the headlines, but, as ever, the real devil is in the detail.

Forest Trends has been working with enforcement officials from the EU and U.S. legal regimes since 2012, facilitating a process known as the Timber Regulation Enforcement Exchange (TREE). TREE was also recently joined by the Australian Government agency responsible for the implementation of their Illegal Logging Prohibition Act. The work aims to facilitate consistent and robust implementation of all legislation designed to tackle the trade in illegal wood products.