Kerstin Canby and Will Tucker

Editor’s note: This post was revised on March 3, 2016 to reflect a previous update.

The Cambodian press was quick to describe the move as a “crackdown” and some environmentalists hailed it as a “good first step” toward curtailing illegal logging. But after almost a month doubts are being raised about the true purpose and likely impact of the campaign. A few well-connected businessmen are benefiting tremendously from the crackdown, while only a small number of low-level people involved in the illegal activities have been arrested.

At first glance it might appear that the Cambodian government is taking a principled stand on forest protection. Revelations that timber exports to Vietnam, alone, reached US $386 million in 2015 — 50% higher than the previous year — were made more shocking by evidence that this trade was mostly illegal and largely targeted at the country’s rarest and most endangered wood species.

But observers familiar with the situation insist that the campaign’s real motives can be traced to simmering rivalries and jostling among the most influential players in Cambodia’s logging sector.

It appears likely that this latest effort to disrupt illegal logging, though highly publicized, represents less of a “crackdown” and more of a “shakedown.” The whole episode might be no more than the latest turf war between Cambodia’s biggest logging cartels to re-negotiate how the fruits of illegal trade get divvied up. 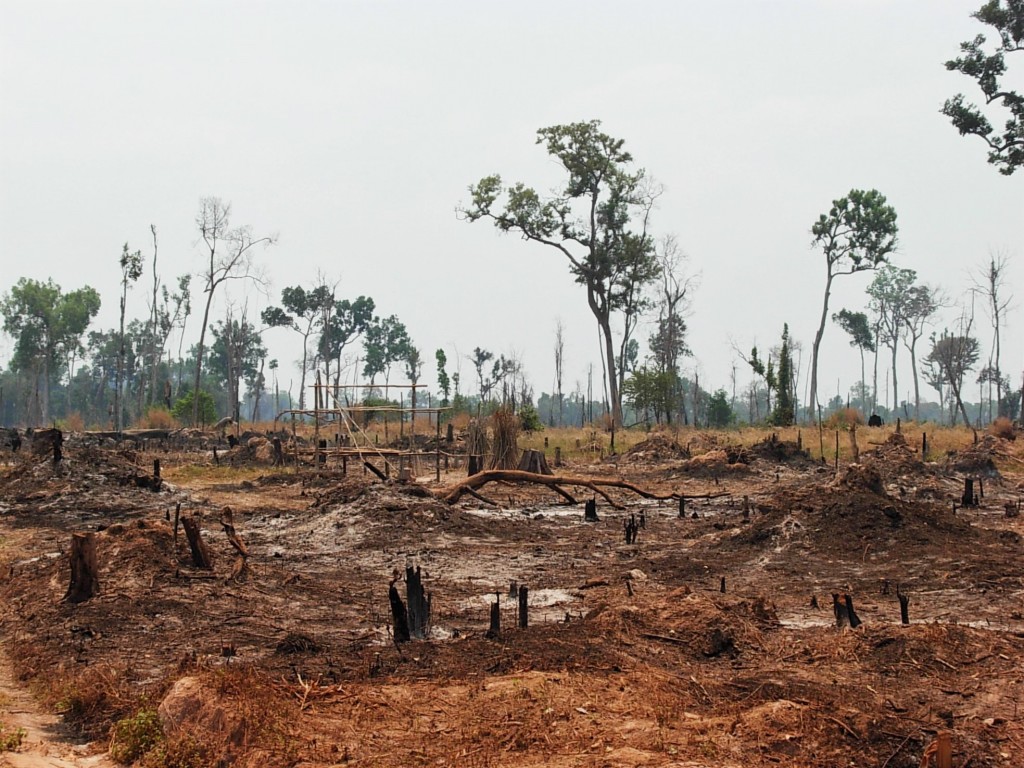 Despite a 1995 ban, logging continues in Cambodia on land designated for agriculture (Anonymous / Forest Trends)

One cause for skepticism is a 2014 agreement that grants Try Pheap — logging baron and previous personal adviser to the prime minister — the exclusive right to buy up wood confiscated by the Cambodian government at below-market prices. Obviously, any scenario in which illegal logs end up simply changing hands from one tycoon to another would remove any illusion of protecting the forests, and would rob the government of much needed revenues.

Environmentalists in Cambodia have for years expressed concern about ties between the country’s most prominent logging bosses and Prime Minister Hun Sen. In 2007, when the NGO Global Witness published a report entitled “Cambodia’s Family Trees: Illegal logging and the stripping of public assets,” the government responded by ordering all copies of the report seized and destroyed. (It had already banned the organization from entering Cambodia after a 2005 report questioned the prime minister’s connections to logging.)

As recently as November 2015, the prime minister went to bat for Try Pheap and another tycoon when he publicly denied allegations that the two had illegally logged in a national park along Cambodia’s borders with Vietnam and Laos. And soon after the government began its new campaign, The Cambodia Daily reported that one Facebook user found himself embroiled in a defamation lawsuit after posting allegations that the Hun family was complicit in the illicit wood trade.

Another reason to remain wary is the lack of information emerging from these high-profile military raids. Weeks after the formation of the illegal logging committee, we’ve yet to see any official statement about the outcome of the crackdown — what was confiscated and where. As one skeptical lawmaker put it, “The crackdown is like a storm. It will last only a short period of time and [then] be gone.”

Unfortunately, that prophecy seems to be coming true. Latest reports indicate that the raids have yielded only “a handful of low-level arrests.” “[Environmental protection groups] say past crackdowns announced by the government have done little, if anything, to curb the trade and remain skeptical that the latest drive will prove different,” noted The Cambodia Daily. 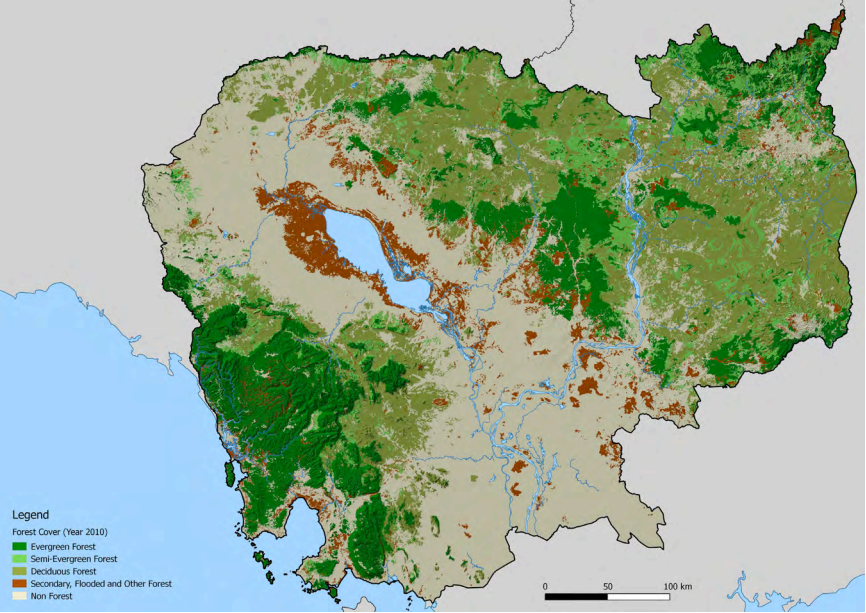 Forests covered almost 60% of Cambodia in 2010, but that number is shrinking (“Conversion Timber, Forest Monitoring, and Land-Use Governance in Cambodia”)

Misgivings about whether illegal actors would be held accountable were reinforced in recent weeks, when stockpiles of timber in an eastern province were burned in a suspected attempt to destroy evidence of wrongdoing. The Phnom Penh Post cited accusations by local residents linking the wood to businessman Seong Sam Ol, whom the government has reportedly identified as a primary target of the crackdown. Elsewhere along the Vietnam border, authorities were reluctant to point fingers after locals twice uncovered hidden caches of high-value logs buried on property owned by another wealthy trader.

The fact that this latest campaign does explicitly target at least some of the most powerful of the tycoons — a privileged class regarded by many as “untouchable” — is what sets this episode apart from similar spectacles in the past. The crackdown might reveal an escalation of infighting within that group. But don’t be surprised if, in the end, it’s the smaller loggers and low-level actors who get caught up in the dragnet, while the big players are left alone to consolidate their monopoly on the illicit trade and renegotiate the balance of power. Previous “crackdowns” that followed that pattern have failed to produce meaningful results.

One thing is certain: We won’t see real change until the true orchestrators of illegal logging are held accountable. As long as these high-level culprits continue to operate in the sector, Southeast Asia’s most precious forests remain under imminent threat, and any sustainable forest management or protected area scheme is bound to fail.