Picking up where climate negotiators left off in Paris last December, the recent UN climate meetings in Bonn ended with slow progress on procedural issues, and as expected, there were no major substantive decisions. Bonn provided a forum for the bodies within the Framework Convention on Climate Change (UNFCCC) that deal with the technical and scientific aspects of climate negotiations, and its primary focus was to begin the unglamorous, yet critically important, work of creating the rules that will govern the implementation of the Paris Agreement (PA).

The newly created Ad Hoc Working Group on the Paris Agreement (APA) met for the first time in Bonn, and in the future this body will negotiate key rules on how the PA will be put into practice. During the first few days of the Bonn meeting there was heavy emphasis on countries’ interpretations of the Paris Agreement and on which specific issues each country wanted to focus on at the upcoming Marrakesh climate meeting in November – known as COP22, the next iteration of Paris – as well as which of those issue would require a decision at that point. 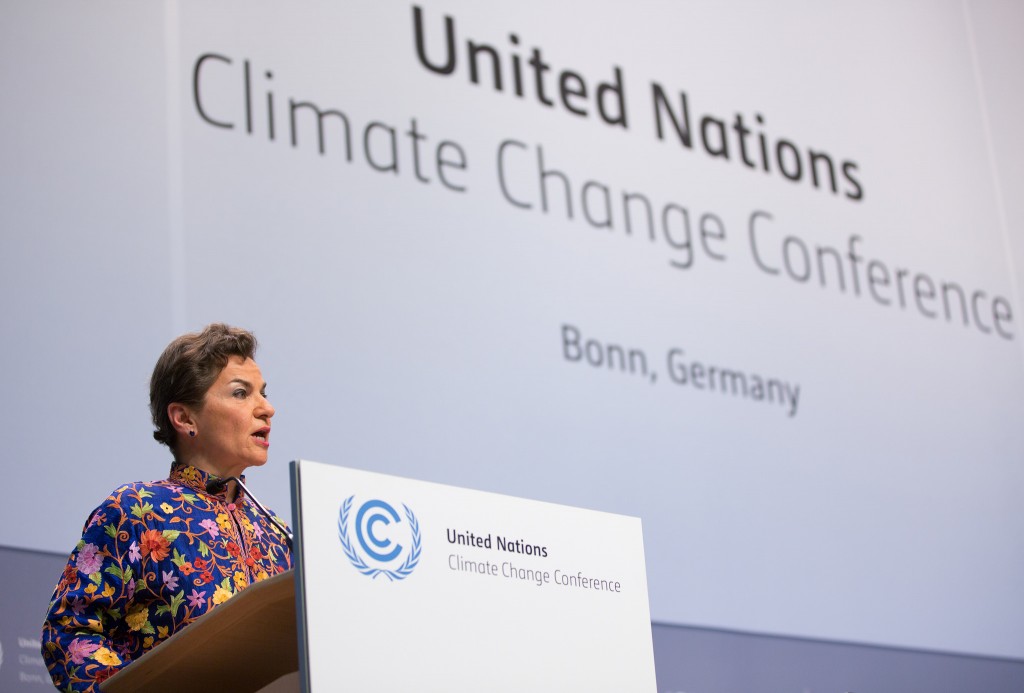 There has been a growing feeling that the “Paris momentum” will end up catapulting the PA into effect well before 2020, with some reports indicating it could happen sooner than expected. That would be significantly quicker than the Kyoto Protocol, which didn’t take effect for seven years. The PA enters into force when 55 countries representing 55% of global emissions sign it. Once they do, negotiators in Marrakesh need to adopt decisions on issues like rules for reporting and verification of national country climate plans (“NDCs” in UN-speak), so that there are no delays and countries can begin implementation quickly.

There was also some procedural housekeeping to hammer out in Bonn, including establishing how many concurrent sessions would be held in Bonn and Marrakesh; this is important for smaller countries with less staff and resources to adequately cover all the different meetings. Other tasks included evaluating the need for additional workshops on specific issues, and calling for granting countries and NGOs the ability to provide their input (a “call for submissions”).

What Is a Call for Submissions?

Submissions are an important part of this process. During the 10 years of negotiations on the UN’s REDD+ initiative (Reducing Emissions from Deforestation and forest Degradation), countries and NGOs shared their views every time a new issue was formally taken on, and it would very quickly become apparent that everyone had different positions. When countries started to talk about the need for environmental and social safeguards, or how to pay for REDD+, the possibilities were endless, as were the differences of opinion. To help reach consensus, the UNFCCC would put out a call for submissions on these issues; then countries and NGOs would submit in writing their views and ideas, and propose specific solutions that would be constructive and would be well-received by countries. You can read older submissions, for example on forest reference levels, here.

Article 6 of the Paris Agreement allows for the use of carbon markets on a voluntary basis. (Forest Trends’ Ecosystem Marketplace initiative has a great analysis of the specific carbon market issues agreed to in Paris, as well as global carbon market developments.) In Bonn, countries started to identify the types of “internationally transferred mitigation outcomes,” or ITMOs, that are available or could be created and the type of guidance needed in line with the bottom-up, flexible approach of the PA.

This is an ongoing and crucial part of the Agreement, and Forest Trends will be actively working with countries and partners to create, where appropriate and in consultation with local stakeholders, robust carbon markets with environmental integrity and strong safeguards.

In Bonn, negotiators made progress on modalities and guidelines for a transparency framework. While Paris laid the high-level political framework, further guidance is needed in order to identify the key elements and details of NDCs, with the goal being to increase transparency and allow comparisons of country actions. Knowing how every country is doing to meet their national climate plans is at the heart of the new climate regime.

REDD+ and Land Use

REDD+ was not in the negotiating agenda in Bonn because the REDD+ framework was finalized in Paris, building on previous COP decisions, primarily the set of decisions adopted in Warsaw at COP19. However, a lot of other outstanding issues, including carbon markets and transparency issues (which were on the table in Bonn), will impact REDD+ in some way. And since REDD+ has already resolved some of these issues, negotiators focused on other topics can learn from the REDD+ framework rules.

Negotiators mostly focused on the agenda items for the UNFCCC in Bonn. In addition, however, they also discussed some exciting developments outside this process, especially around the potential for REDD+ to be used by the airline industry to meet their post-2020 carbon goals. Forest Trends believes that REDD+ has the potential to deliver high-quality carbon credits to the aviation sector.

The significance of this meeting extended beyond the negotiations themselves, as the climate baton was passed from UNFCCC Executive Secretary Christina Figueres to Incoming Executive Secretary Patricia Espinosa, a former Foreign Minister from Mexico. Christiana was even serenaded with a memorable and highly danceable tribute to the “Climate Queen”!